County Clare in West Ireland is home of the worldwide famous Cliffs of Moher. But there is so much more to Co Clare than just the cliffs.

If you are visiting Clare, don’t come over for just a day tour from Dublin because there is plenty to do in this county and definitely great things to do near the Cliffs of Moher.

Today we will show you a bit more about Scattery Island, and why it is worth a visit.

While in Ireland visit these great attractions and family friendly destinations such the Burren National Park and the Ring of Kerry.

Earlier in the year we booked ourselves in for a trip to Scattery Island (Inis Cathaigh in Irish).

It was on our list of things to do in Clare locally as we wanted to see what all the fuss was about, as Scattery Island had won the Irish EDEN (European Destination of Excellence) award in 2017, winner in the Cultural Tourism category.

County Clare is home of 3 of the 8 Irish EDEN winners ; Scattery Island, Loop Head peninsula and The Burren Food Trail. It was the last EDEN winner in our county that we had left to visit!

Also there is a link with the house we have just purchased to Scattery – the previous owner of our house had been born and brought up on the island so we were intrigued to find out more about the place, and see where he had lived. 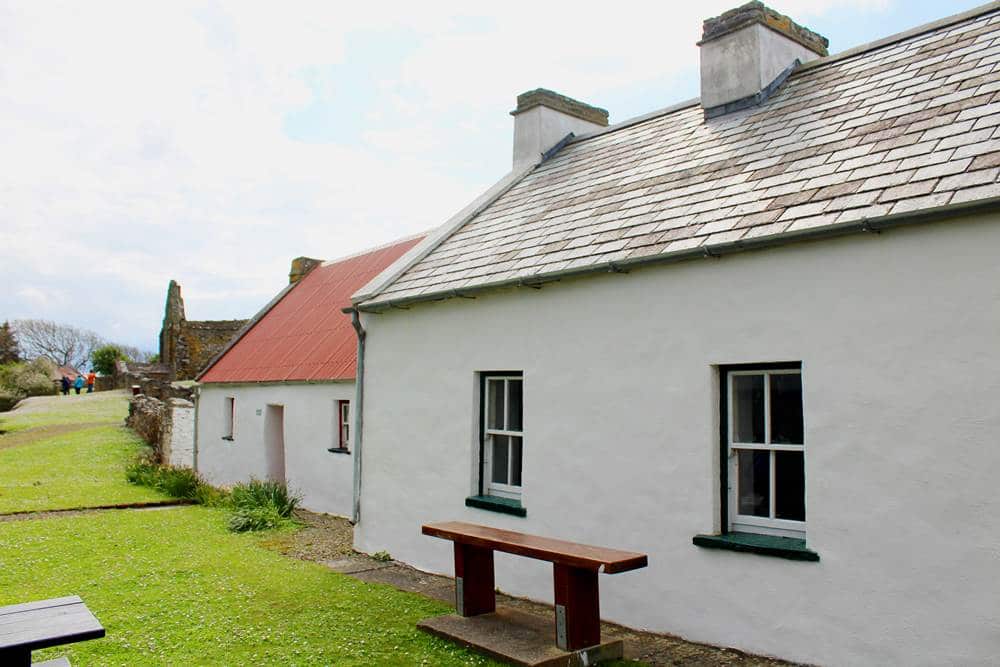 Scattery Island is located in the Shannon estuary, just about 50 minutes away from Shannon airport. You can reach the island by taking a short ferry ride with Scattery Island tours leaving from the Kilrush Marina, in County Clare.

Kilrush is a riverside market town that is busy all year around. The town is also home of the Shannon Dolphin and Wildlife Centre, The Museum of Irish Rural Life and Vandeleur Walled Garden. All places that you should very much consider visiting too!

The tours to Scattery Island only take place in the warm months between May and September. 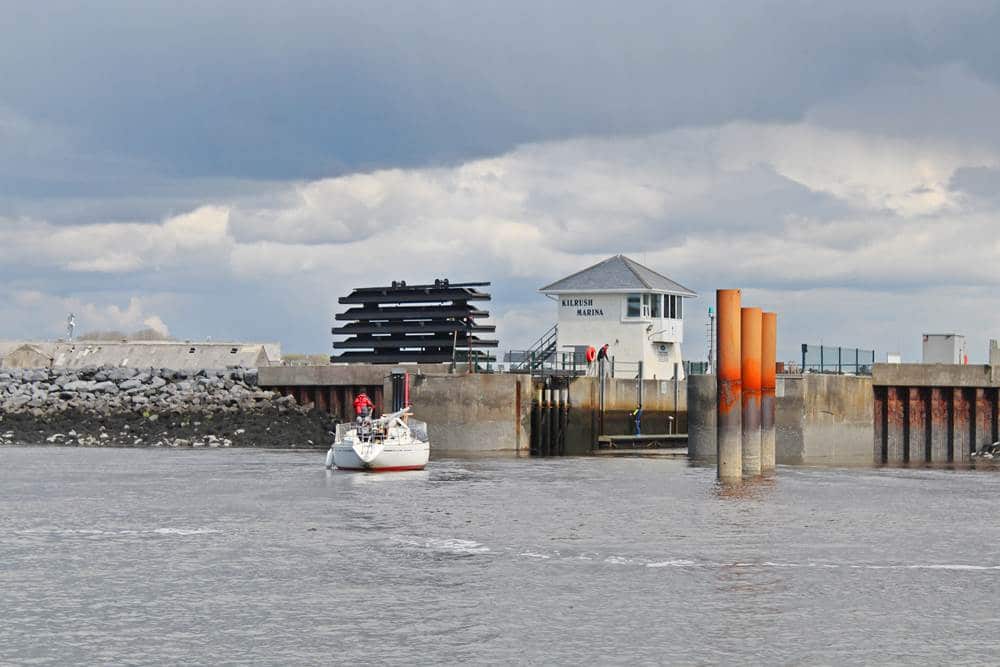 The ferry departs from Kilrush Marina. 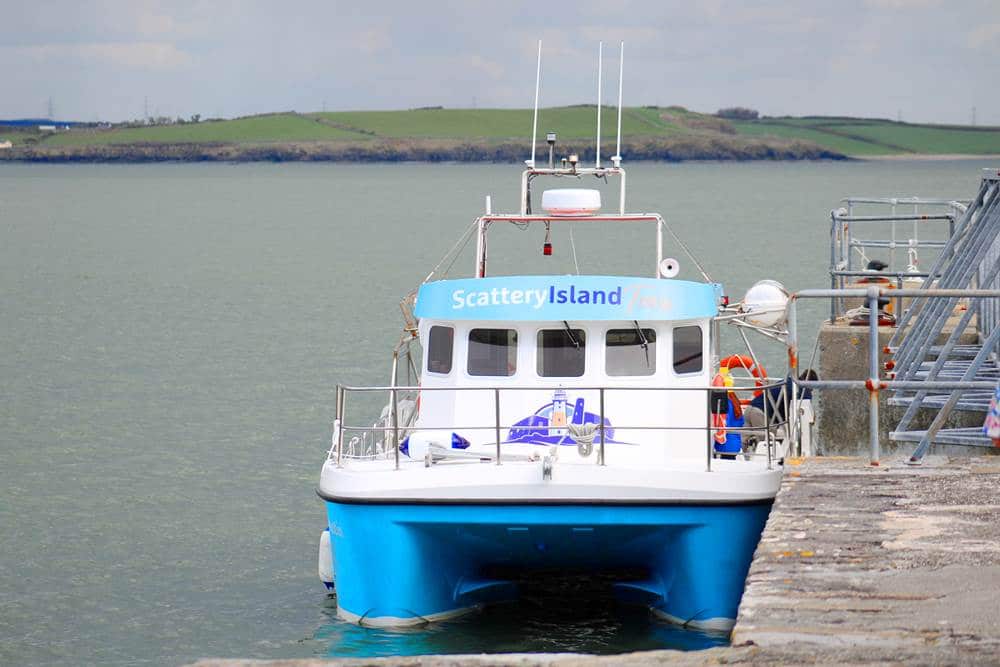 Scattery Island has been uninhabited for about 50 years. Before that it housed a small self-sufficient community that survived though salmon fishing and primarily the piloting of ships down the Shannon Estuary by highly skilled mariners who lived on the island.

The island is steeped in history and legend dating back to the 6th century when St. Senan moved there and founded a monastery on the island at around 535 AD.

Legend says that previously the island was inhabited by a monster that killed anyone trying to go on the island. St. Senan defeated the monster in a huge battle which is why the island is called Inis Cathaigh (meaning the ‘Island of the Battle’ in Irish). 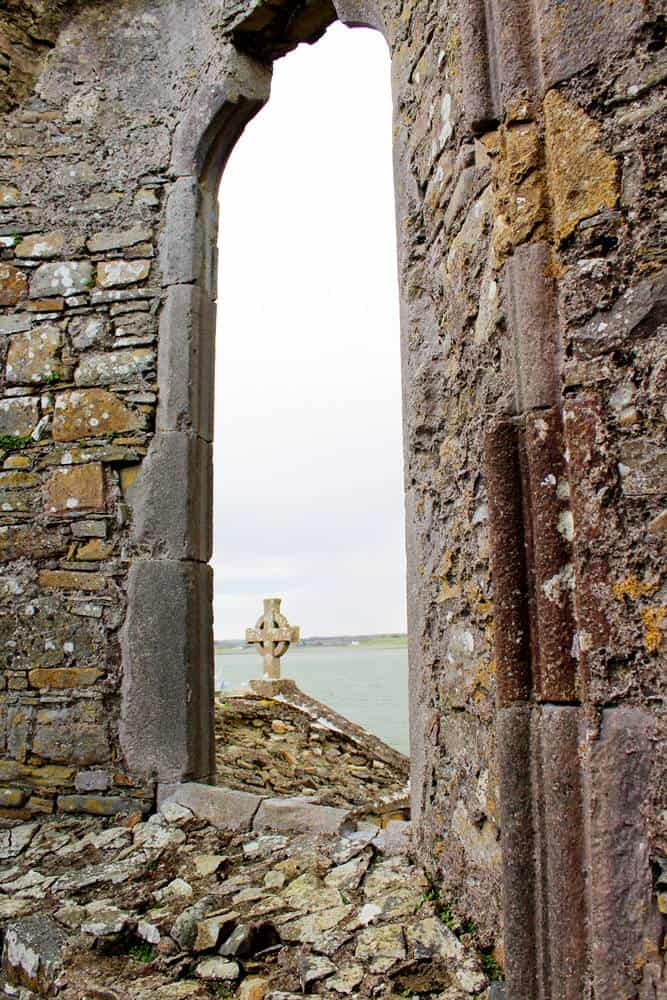 Ruins of one of the six churches built on the island.

Curiously I have come across St. Senan from his travels – he founded a church in Cornwall back at around 520 AD near a place now known as Sennen’s Cove.

The Church still stands and is next door to the ‘First and Last Pub’ near Land’s End. Sennen beach is one of the great surfing beaches in West Cornwall. It is interesting how the spelling has changed in translation, but not that uncommon here in Ireland where most place names seem to have at least two different possible spelling alternatives!

READ
Galway City Top Attractions - The Best Things To Do In Galway, Ireland

Despite all his travelling St. Senan finally returned to his native Kilrush to settle on Scattery. 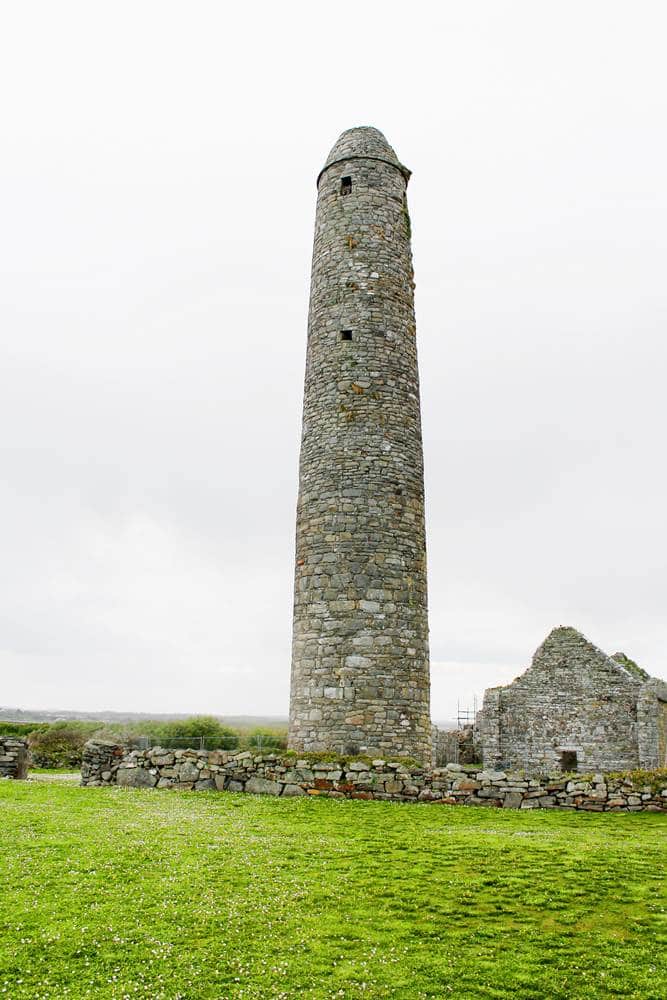 One of the tallest and best preserved Round Towers in Ireland is on Scattery Island.

The island is home to the old derelict houses where the former inhabitants used to live (which are slowly being refurbished), some ruins from an old monastery and churches/chapels, an Irish Round Tower, a light house and an artillery battery.

It is amazing to think that this place was home to a thriving community in the past. In 815 AD the Vikings raided the Island and murdered most of the monks there.

There was much plundering and the Vikings even took up residence in the mid tenth century until they were ejected by the Irish Kings.

In fact it appears on the island they managed to escape the terrible effects of the famine that hit Ireland in the 19th century, as the population of the island increased over this period. 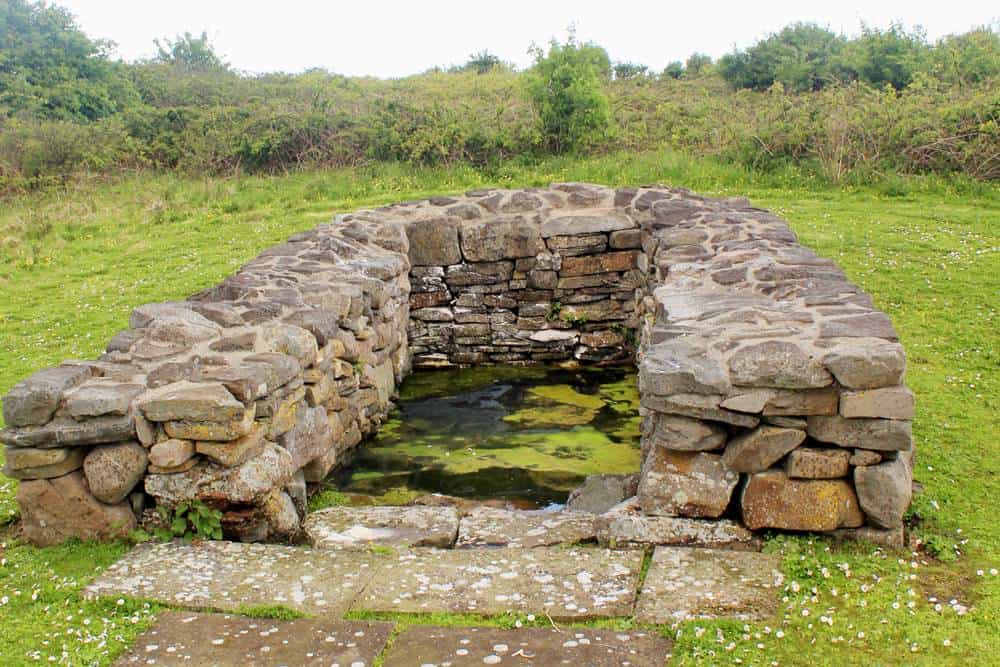 We took one of the first trips out on the new 70 Passenger Ferry with Scattery Island Tours.

The boat left from Kilrush Marina via the lock and in about 20 minutes we were on the Island.

Our guide took us around the various sights near the landing point, including the ruins of the monastery, the villager’s houses, St. Mary’s Cathedral and St. Senan’s well. You can also visit the Round Tower, one of the tallest and best preserved examples in Ireland, dating back to somewhere in the 10th century we were told.

The free guide was very knowledgeable and told us a lot of interesting stuff about the history of the island, the different ownership of the island over the years and explained some of the interesting architectural points. 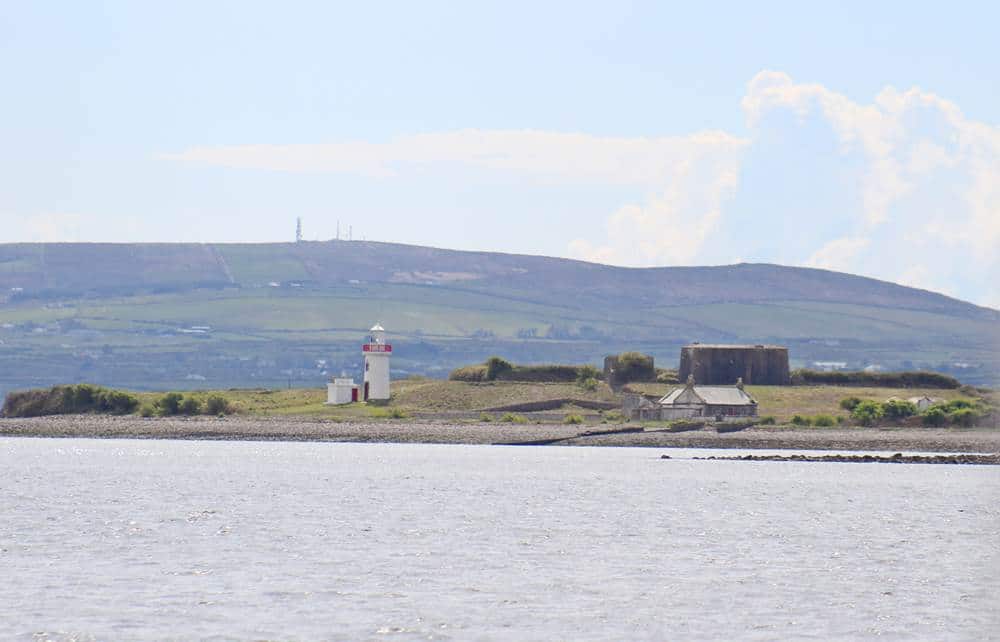 After the walking tour we had a stop for a cup for tea at the visitor’s centre and were free to walk around the Island for about 1,5 hours in which time you could easily walk and explore the ruins of battery and lighthouse at the far end of the island.

The battery was built to defend the Shannon Estuary from attack by the French during the Napoleanic wars and was one of 6 located along in the estuary.

The panoramic views from the Island are great, you can see both County Clare and County Kerry, and of course the Shannon estuary.

There was a distinct feeling of peace whilst walking around. The tours have limited numbers to ensure the island preservation, so it is never too crowded. 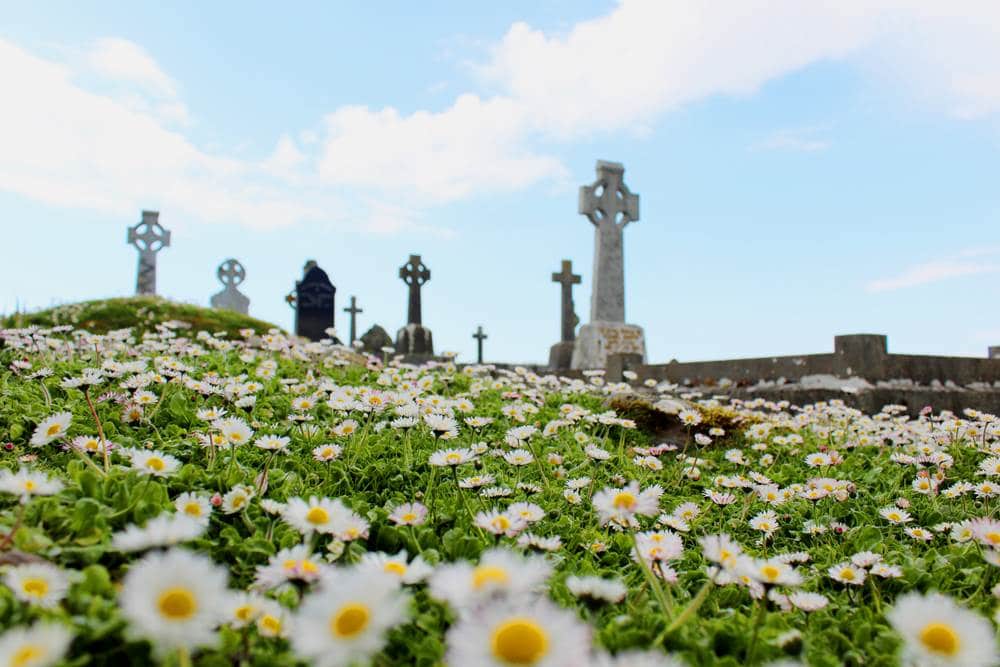 Scattery Island in the Spring

Some of the paths were covered in daisies whilst we were there in the Spring which made it very pretty. Hog island (another smaller island between the Marina and Scattery) was covered in Bluebells a few weeks later which was really a phenomenal sight.

Scattery island is definitely one of the best growing tourist attractions in Clare. Very easily accessible if you come on a road trip from Kerry to Clare via the Shannon ferry – you will most likely pass through Kilrush if you follow The Wide Atlantic Way to the north.

If you are interested in walking around several historic sites, learn about ancient Celtic monastery history, or just want to have a relaxed day out, book a trip to Scattery!

On the official site of Scattery Island Tours you can get more information about ferry times and prices. 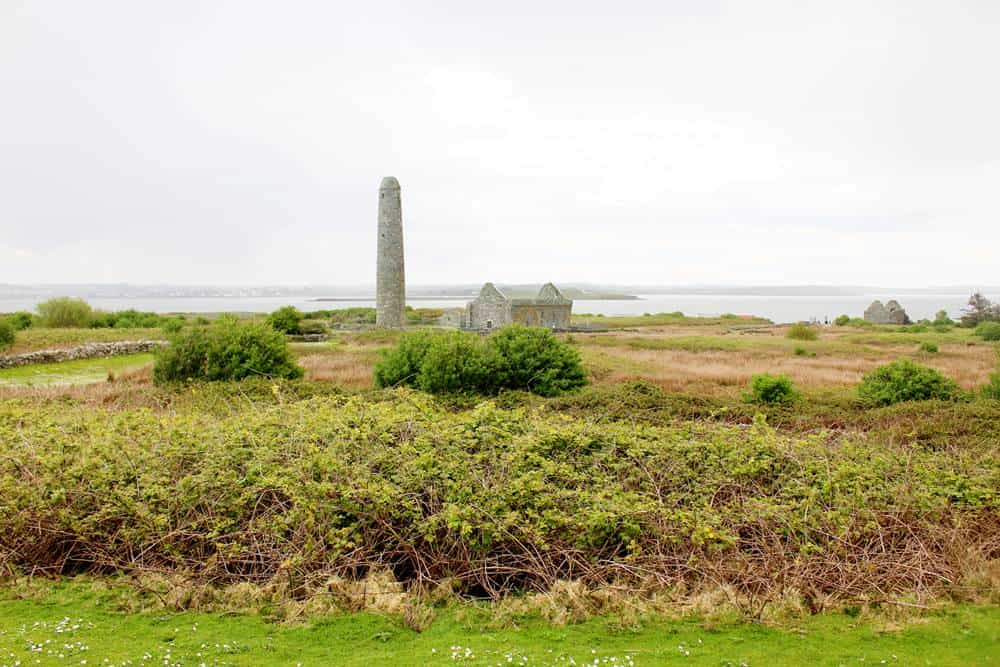